With the generous support of Maddocks, the RACV Foundation and Sisters’of Charity Foundation, DVA Theatre successfully completed the project Live Wires and the Sundance Toasties. In collaboration with Black Hole theatre and La Mama Theatre, the company worked to devise and present “Toast,” The eventual outcome of the project was a live theatre production, presented at the Penleigh and Essendon Grammar School Theatre on the 12th and 13th of November. Toast told the quirky tale of two people and a surrounding neighborhood as they searched for love, hope, freedom and the secret and allusive ingredient to toast.
Brought to life through puppetry, dance, photography, light and shade, music and storytelling, this work told of the search for gold, the heart of gold, of finding and losing and loving.
Performed by The DVA Theatre Company Ensemble In collaboration with Black Hole Puppetry
“Toast” was a culmination of characters true and imagined, merging from what we feel inside to what we see and know and have and what we reach for too. It was the story of a heart of a search for gold, a heart of gold. It was the story of finding and looking for more. It was a lot of hard work and great people and a toast to love.
This piece of theatre proved that community can sit at the heart of creation. It was a testament to the transformative nature of theatre and the important role of the Arts to embolden the human spirit and as a catalyst for change and understanding.
Always Searching
The Light in Winter Festival Federation Square

On the 21st of June 2014, DVA presented the work "Always Searching" at the Light in Winter Festival at Federation Square. The piece was performed in the Amphitheatre at the Square among the bustle of Melbourne's nightlife and the festivals full program of light filled events, performances and art installations. Always Searching, a work based in dance, puppetry and sound design presented a moving shrine to the cosmos in all its potential for searching and dreaming. 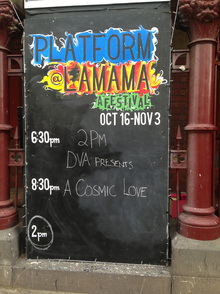 After over two years in the development, On the 26th and 27th of October 2013, DVA Theatre Company, in collaboration with Platform Youth Arts and LaMama Theatre, presented the project “A Cosmic Love” to sell out audiences at the Carlton Courthouse.  A Cosmic Love Included a screening of a short 20 minute silent film directed by Nicla Byrnes (DVA Theatre Company) and Neil Triffett (Platform Youth Arts) and the presentation of an original live theatre performance. The screening/performances were a part of Platform Youth Art's month at LaMama  titled “A Beautiful Mess.” This season of performing showcased a merge of theatre, dance, performance, art and film and included brand new work by artists with a brand new story to tell. It brought together a host of young, independent theatre makers and key community groups. 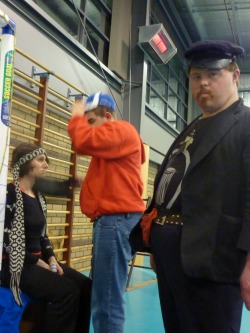 TALL WORDS
An interactive performance installation project, bringing together a unique collaboration of performance, text, sound, live music and lighting. Transforming the traditional space of the library, TALL WORDS reflected on the role that language, traditionally the domain of the library, plays for those with intellectual disability in our community.Created by DVA Theatre Company, in collaboration with some of Melbourne’s most dynamic artists, TALL WORDS, celebrated the changing role of the contemporary library in contemporary times while addressing and celebrating the diverse needs of the community.  Performed as part of the ‘Winter in Banyule’ Festival 2010 Program at the Watsonia Library.
Artists:
Musician Timothy Phillips, Sound designer James Hullick, Lighting Designer Richard Vabre, Director Sandra Fiona Long, Assistant Director Caitlin Dullard, Facilitators Nicla Byrnes and Catriona Fitzgerald

This project was supported by the Victorian Government through the Community Support Fund, the City of Banyule, and is supported by a Banyule-Watsonia RSL Trust grant. Developed in partnership with the Yarra Plenty Regional Library Service. 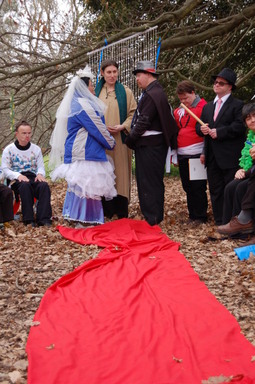 Developed in 2007 and performed in 2007 and 2008, River of Dreams, has so far been adapted for 3 different locations, two along rivers and parkland, the third in the busy Northcote High Vibes music festival.
A traveling outdoor musical theatre experience by DVA, with Musical Director/musician Carolyn Conners, Visual artist Jessica Neath and Local Naturalist Tour Guide Steven Darroch and Directed by Sandra Fiona Long. The audience are lead on a tour, learning a little about the local history and habitat as they go, while following the Rubbish Rangers as they embark on their quest to save the Rivers from the evil Segon. Full of colour, action and song, the audience meet mermaids, strange birds, and attend a wedding while learning some local history. 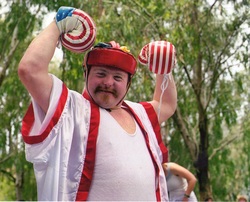 A season of physical theatre , improvisation and multi-media which explored theatre as a form of sport and sport as a form of dance, presented at Dance House in 2005 and funded by VIC Health. Directed by Lessa Nash.

A contemporary adaptation of John Gay's dark story of corruption with live music and a striking visual design, funded by Moreland City Council and the Australia Council and Directed by Katrine Gabb. 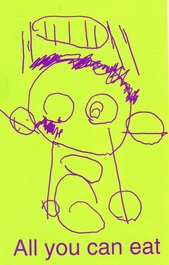 A feast of movement, music, humour and the unpredictable.
Funded by Banyule City Council and the Lance Reichstein Foundation.
Directed by Kate Sulan 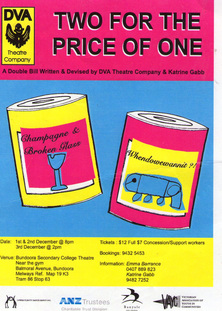 
This production combined two shorter works-"When Do We Want It? and "Champagne and Broken Glass." Directed by Katrine Gabb, this production toured to the Awakenings Festival and Melbourne.


Funded by the ANZ Trustees and Banyule City Council.

A dance piece based on the themes of Romeo and Juliet. Directed by Katrine Gabb with guest artist Janice Florence and performed at the National Gallery of Victoria, for the Down Syndrome Association. 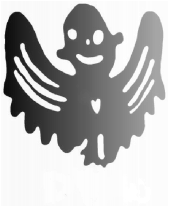 
An adaptation of Shakespeare's play for a workshop performance. Directed by Kerreen Ely-Harper with puppetry by Katrine Gabb in collaboration with DVA Theatre Company.

Funded by the City of Banyule

An adaptation of Shakespeare's last play The Tempest. On a strange and magical Island, a story of power and self determination.
Funded by the City of Banyule. Directed by Kerreen Ely-Harper in collaboration with DVA Theatre Company.
Guest Artists: Katrina Phillips, Lindy Macauley, Shane Grant, Katrine Gabb, Wendy Grose and Natasha Moszenin.

"Time and Chance Belong to All ..."
A story of the people from the sea and the people who lived on the Island, of how the sea people came to meet with the island people and what passed between them.
A collaboration with Shoestring Youth Theatre and funded by the Reichstein Foundation and the Shire of Diamond Valley. Directed by Kerreen Ely-Harper in collaboration with DVA Theatre Company.
Guest Artists: Kate Clare, Natasha Moszenin, and Nicky Fletcher. 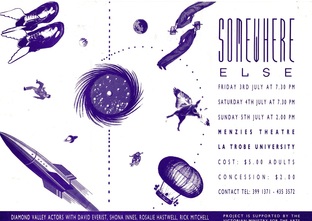 SOMEWHERE ELSE (1992)
A Story about flying; what it is to be self propelled and machine driven. A group of people build a  rocket to somewhere else, to a place where people can fly. Live music and group activity combined within an unfolding story of returning home to celebrate.
Funded by the Victorian Ministry of Arts and directed by David Everest in collaboration with DVA Theatre Company  with guest artists Rosalie Hastwell, Rick Mitchell and Sonia Innes. Performed at the Menzies Theatre, La Trobe University. 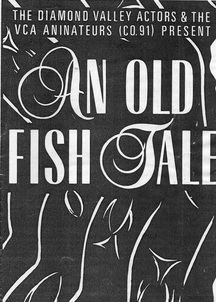 Performed at the Menzies Theatre, Latrobe University and funded by the Sidney Myer Fund. Devised in collaboration with the VCA Animateurs.
Proudly powered by Weebly